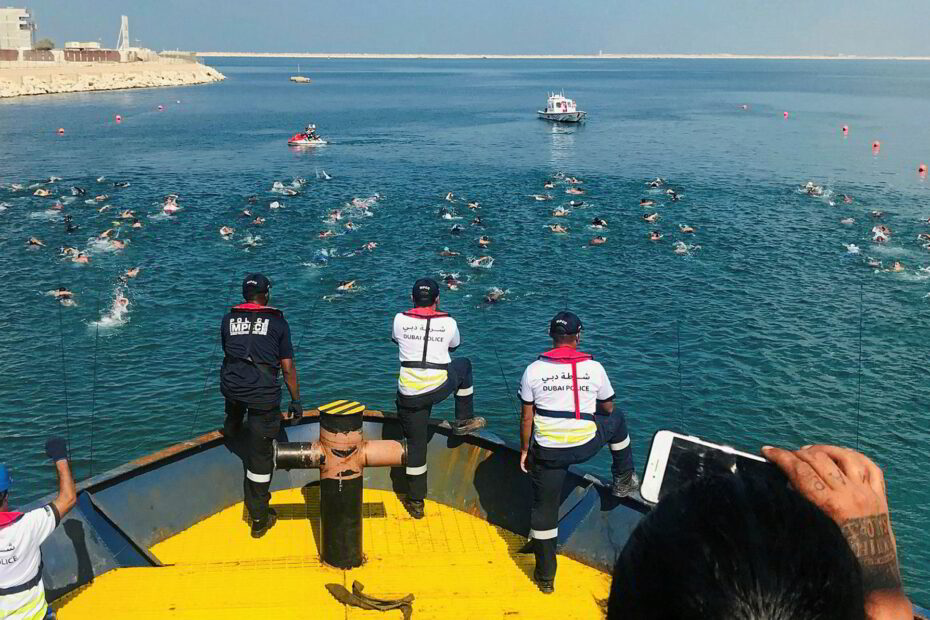 The swimmers pulled the 399-gt DTA 2, which was certified by DNV GL as weighing 355 tonnes, across the sheltered waters of Port Rashid.

The previous record was held by a team of Swiss swimmers, who in 2013 pulled a 323.2 tonne vessel a distance of 100 metres. The Dubai police team was determined to break the record.

DTA Maritime, an arm of shipowner and cash buyer Dubai Trading Agency, said it was honored to have been able to support the police in their quest, chief executive Flemming Jensen said.

“When Dubai police asked if DTA could provide a suitable vessel only a few days before the record-breaking event, we immediately confirmed that it would be an honour to partner up with the police in this connection.”

DTA Maritime provided the vessel and the logistical support. To ensure the record would be accepted by Guinness World Records, DTA contacted DNV GL and the United Arab Emirate’s Federal Transportation Authority, which immediately confirmed full support of the event.

DTA general manager Hasan Lakhani said: “The DTA team worked around the clock to ensure that the supply vessel DTA 2 was ready for the event. Special hooks were welded on its hull for connection to the ropes that the police swimmers would pull.”

“DNV GL worked alongside the DTA team throughout the night before the event in order to ensure that all vessel specifications were confirmed to Guinness World Records’ satisfaction.”

The event was part of the 30-day Dubai Fitness Challenge 2018, an initiative of Dubai Crown Prince His Highness Sheikh Hamdan bin Mohammed bin Rashid Al Maktoum, who is also chairman of the Dubai Executive Council.

It was witnessed by Major General Abdullah Khalifa Al Marri, commander-in-chief of the Dubai police.